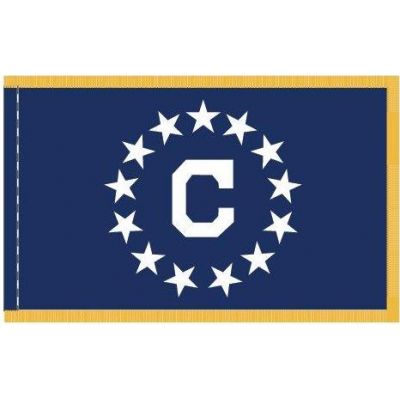 This 3 x 5 ft. Consular flag is made of heavyweight SolarGuard nylon finished with two rows of stitching on top and bottom, four rows on the fly end, with a side pole sleeve trimmed in gold fringe on three sides. flags are made to US Government Design Specifications. This a made to order flag, ships in 2 weeks, most of the time we have stock.