What to do With a Worn or Tattered US Flag 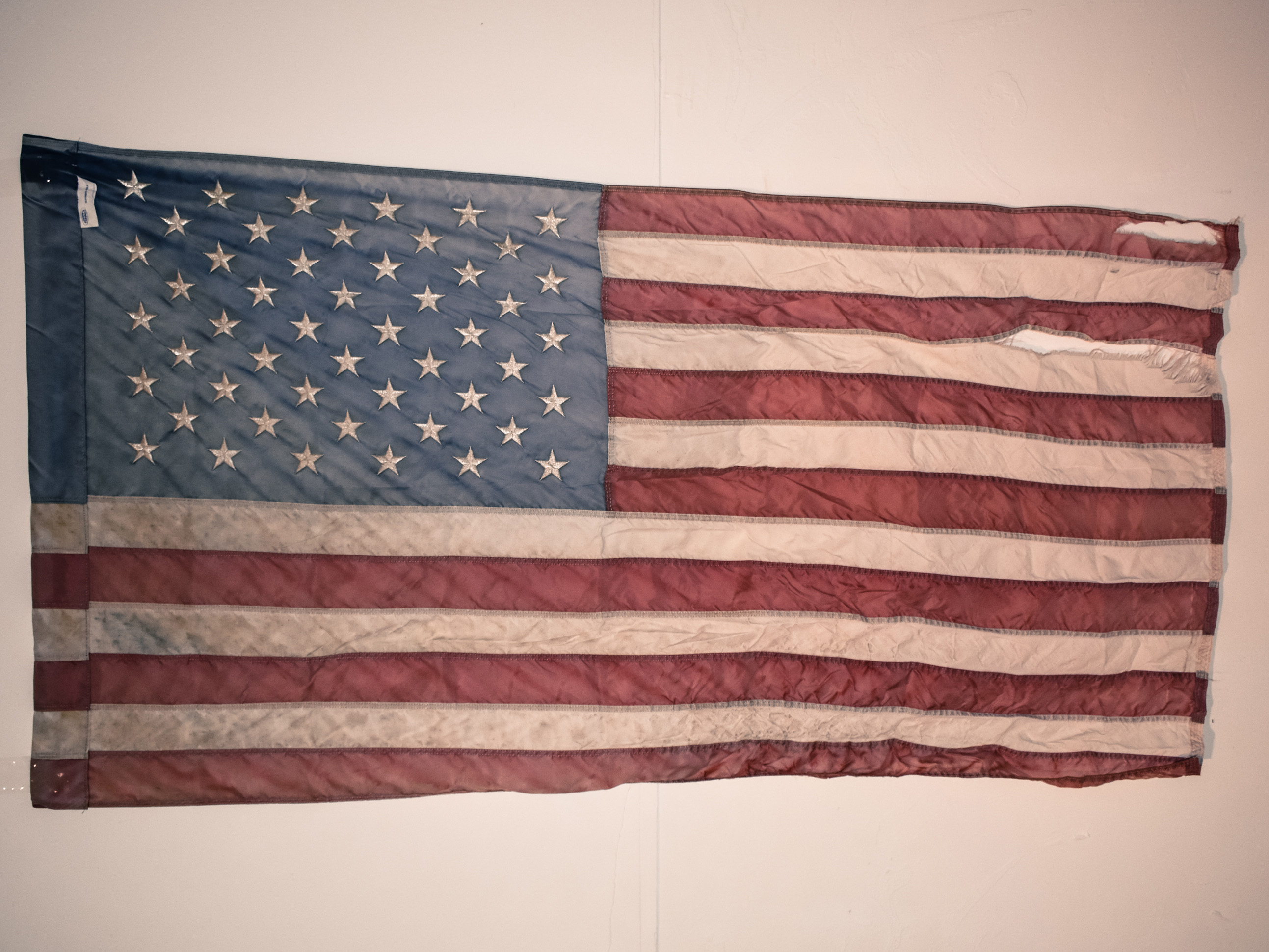 The flag of the United States of America is a revered symbol of freedom and justice. It should be treated with the utmost respect during its lifetime and, additionally, when it reaches eventual retirement and destruction. The United States Flag Code (4 USC Sec 8 Paragraph (k) Amended 7 July 1976) states:

The flag, when it is in such condition that it is no longer a fitting emblem for display, should be destroyed in a dignified way, preferably by burning.

There are several ways to dispose of a retired US flag, and this guide will help you determine what method works for you.

The preferred method by the US Flag Code, burning a retired flag, is considered to be the most dignified way to dispose of it. Start by folding the flag in a customary triangle manner. Next, one should prepare a fire large enough to burn the flag completely. After placing the flag in the fire, witnesses should recite the Pledge of Allegiance or salute while it burns. End the ceremony with a moment of silence before burying the flag's ashes. Various organizations such as your local American Legion or the Boys Scouts of America conduct ceremonies and will happily accept your retired flag.

One word of caution when retiring synthetic flags such as nylon: when burned, the gas created can be harmful for both the environment and people alike. We recommend alternative forms of retirement or handing the flag off to a local organization.

Method 2: Shredding and burying the flag

One alternative method is to shred and bury the flag. This provides a dignified means of retirement that does not involve burning. The US Army's Heraldry Institute recommends shredding as an acceptable disposal method, provided it is done with reverence. Use scissors to slowly and methodically separate the thirteen stripes, leaving the blue star-spangled field intact. After the flag is completely cut into pieces, place it in a dignified box and bury it. Once the flag is shredded, the article is not considered to be a flag anymore.

Another alternative to burning the flag is to recycle it. If your flag is made of nylon or another synthetic material, burning the flag can release toxic fumes that are both harmful to humans and the environment. Because of this reality, alternative methods are strongly recommended when retiring these synthetic flags. Various organizations exist to assist you with this endeavor.