The Meaning of The Thin Blue Line

The thin, blue line has become a symbol for law enforcement around the world. It refers figuratively to the position of law enforcement in society as a bulwark between order and anarchy. This phrase derives from the Thin Red Line made famous by the British Army in 1854 during the Crimean War. The Blue Line Identifier™, consisting of a single horizontal blue line on a black field, has become one of many popular representations of this idea. Trademarked by Blue Line Productions Inc. in 1993, it is used as a symbol of mourning and a symbol of loss of an officer in the line of duty.

Another popular design is the blue line going across a black and white American flag. This design is used to show solidarity with law enforcement. Citizens of the United Kingdom have adopted a similar design consisting of a blue line across a black and white union jack. With the popularity of the thin blue line on the rise, other organizations have picked up the concept and simply changed the color. The most notable example is the thin red line being used by fire fighters.

Here at US Flag Supply, we have both versions of Thin Blue Line flags available to order as well as Thin Red Line American flags. You can find them here. Show your support for our brave police men and women! 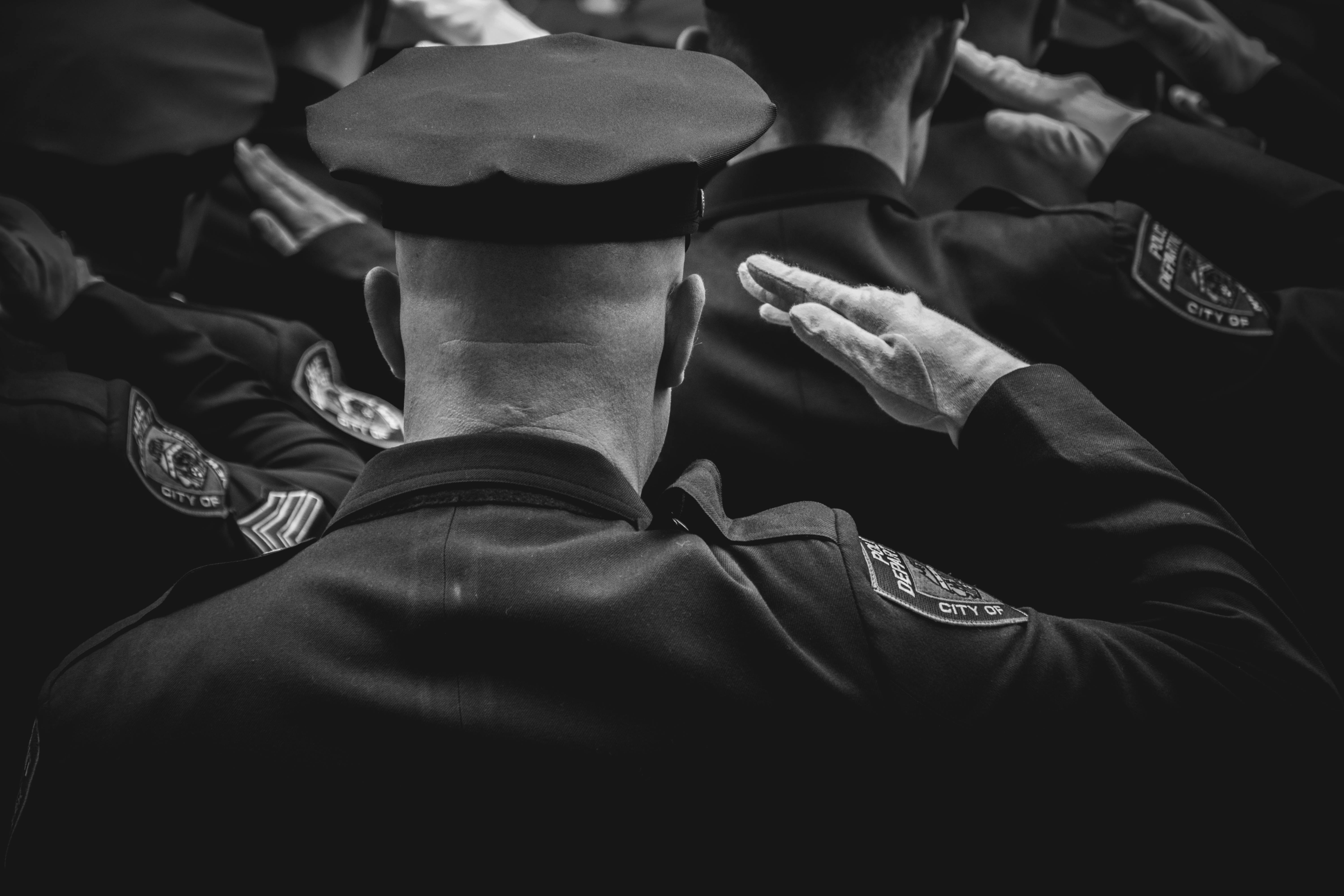 Photo by Igor Ovsyannykov on Unsplash