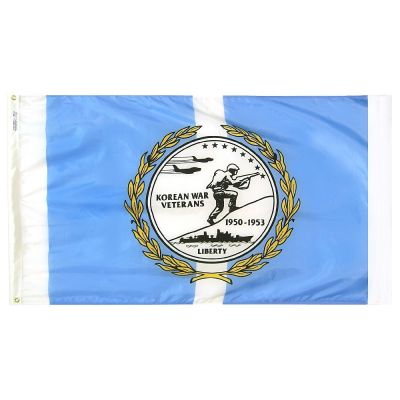 This 3 x 5 ft. Korean War Veterans flag is made of heavyweight SolarGuard nylon, with two rows of stitching on top and bottom, four rows on the fly end, finished with canvas heading and brass grommets. This flag is made to U.S. government design specifications.

After World War II, from 25 June 1950 to 27 July 1953 the Korean War was fought between South Korea & North Korea, the U.S. led the force for the U.N. against North Korea while China backed South Korea. This Flag is for our veterans who fought in the Korea War.